It’s time to go green. It’s high time we made a green change by updating the commercial HVAC technology at our organisations in Dallas, TX. If you have been thinking of going green and being a part of the green footprint, updating the HVAC technology might be a great choice. 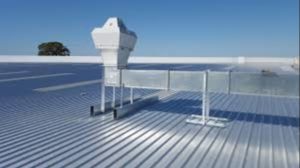 Green commercial HVAC systems in Dallas, TX have offered a lot more than being just innovative. Its cost-saving benefits have created an everlasting impact on consumers. Companies that have switched to the green commercial HVAC technology in Dallas, TX have witnessed an exponential rise in their annual savings of more than several thousand dollars.

Also, green commercial HVAC offers advantages of community incentives apart from tax breaks and other perks. While most cities in the US are trying to create a more sustainable economy, bigger companies are helping smaller enterprises in bringing green updates in their HVAC systems.

Here’s why green Commercial HVAC in Dallas, TX has a growing potential in the coming future.

Owing to its versatility, solar power has paved a long way in the last ten years and also into the world of commercial HVAC technology. Though solar is estimated to be expensive considering the installation charges and is also not very attractive, there are now ways to solve these issues. The appearance of solar has come a long way with the commercial HVAC system. Most businesses and organisations have come up with ways to install the solar panels for the HVAC units within a space and without being but too obvious.

Apart from being a significant saviour on energy bills, solar panels for commercial HVAC in Dallas, TX come with many perks like incentives on tax breaks and rebates.

The growing scope of geothermal energy

Iceland has an advantage when it comes to heating and cooling using geothermal sources. And the US owing to its proximity to Iceland rules a significant part of its geothermal advantages. Also, in the US itself, the temperature remains consistent a few feet below the ground level. The commercial HVAC system in Dallas, TX can benefit from this by piping fluid through underground pipes. These pipes carry the temperature up through the building to create a comfortable and sustained temperature via the HVAC in the rooms. Though the whole HVAC system uses electricity, geothermal heating and cooling units have even then proven to be highly efficient.

The ice-cooled commercial HVAC technology is among the newest technologies. Though these units work only for air conditioning, they have additional features to compensate the drawbacks. The coll air pumped through the system during the day is because of the water in the unit that is frozen at night. It makes the unit more energy efficient and reduces electricity bills for the firm.

0
0
Are you planning to establish your brand new restaurant? If yes, this goes without a...

Making the Right Kitchen Choice: One Equipment at a Time!

What Happens when you Don’t Change your HVAC Air Filters?

March 12, 2020
Posted by : Enertia HVAC/R
0
0
The rising death numbers highlight the severe effects of indoor pollution than ever before. As...

The Harmful Effects of the Indoor Pollution on Pregnant Ladies

Knowing the Furnace of Your HVAC System Inside Out

March 5, 2020
Posted by : Enertia HVAC/R
0
0
With the winters shrouding the coldest regions all across the globe, individuals look for solutions...

A Comprehensive Guide about Heat Pumps

March 3, 2020
Posted by : Enertia HVAC/R
0
0
With the global temperatures soaring at an all time high, the need for HVAC systems...

February 29, 2020
Posted by : Enertia HVAC/R
0
0
Given that the air conditioning systems are so easily and cheaply available in the market,...

Furnace Coil 101: What can go wrong with your heating system?

February 20, 2020
Posted by : Enertia HVAC/R
0
0
The Heating, cooling, ventilation and refrigeration system is an essential part of any home or...